This device is compact and the design is stylish and streamlined. On both sides, you swill see resin panels with blue aurora, galactic hurricane, ghostfire, green specter, hellfire and splendor options. Hidden behind one of these panels, you will find the battery bay which stores two 18650 batteries for a total of 6000mAh capacity. These cells can be recharged via a micro USB port.

On the control face, there is a large metal fire button and two smaller adjustment buttons on the bottom. In between, you will find a 0.96 inch OLED display with vertical menu which displays data in a vertical orientation.

In the technical department, the Shogun Univ can achieve 180 watts of power, has a temperature range between 300 and 600 degrees Fahrenheit  and is quite versatile thanks to operating modes that include power, pod, pmode and temperature. 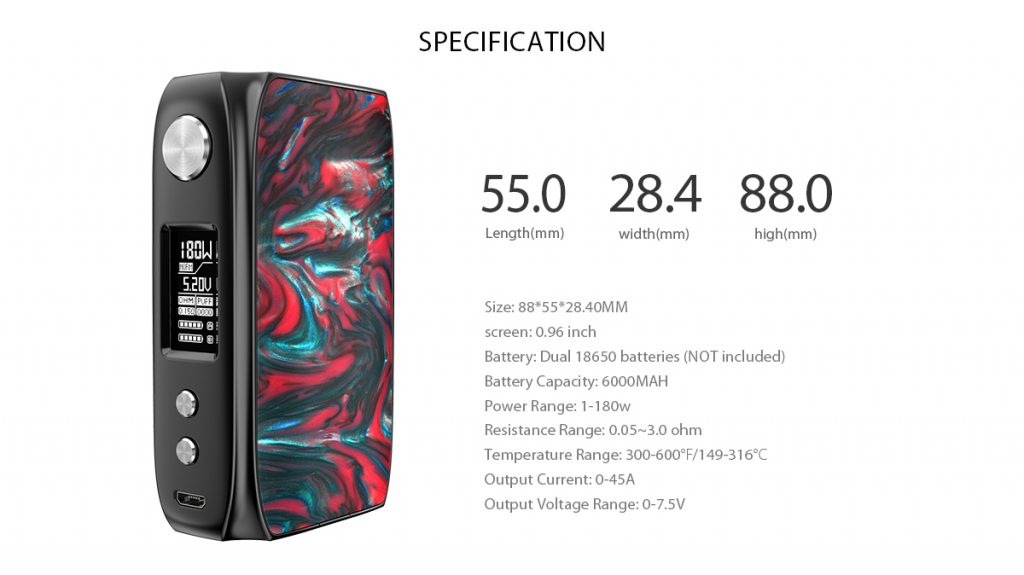